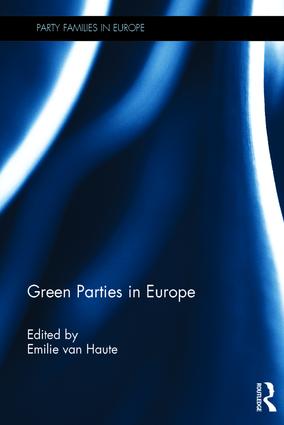 The emergence of green parties throughout Europe during the 1980s marked the arrival of a new form of political movement, challenging established models of party politics and putting new issues on the political agenda. Since their emer-gence, green parties in Europe have faced different destinies; in countries such as Germany, Belgium, Finland, France, and Italy, they have accumulated electoral successes, participated in governments, implemented policies and established themselves as part of the party system. In other countries, their political relevance remains very limited.After more than 30 years on the political scene, green parties have proven to be more than just a temporary phenomenon. They have lost their newness, faced success and failure, power and opposition, grassroots enthusiasm and internal conflicts. Green Parties in Europe includes individual case studies and a compara-tive perspective to bring together international specialists engaged in the study of green parties. It renews and expands our knowledge about the green party family in Europe.